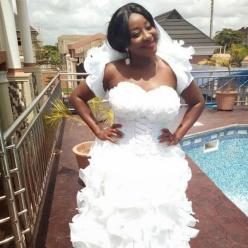 Nollywood actress, Ini Edo, has confirmed the crash of her marriage with U.S based Phillip Ehiagwina. She denied ever cheating on her husband, she cited irreconcilable differences with several Nollywood fans suggesting that it might not be unconnected with her inability to get pregnant during the six years union.

The actress took to her Twitter page to confirm the divorce rumors.

Earlier this year,  Nollywood actor and Lagos State House of Assembly hopeful, Desmond Elliot asked fans to pray for the actress to get pregnant before the end of the year.

Ini Edo is a Nigerian actress. She began her film career in the year 2000, and has featured in more than 50 movies since that time. Edo is a Theatre Arts graduate of the University of Calabar.