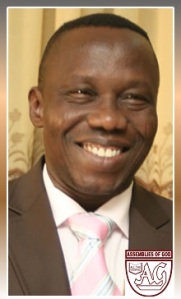 The lingering leadership dispute that has factionalized the Assemblies of God Church Nigeria may have been put to rest as an Enugu High Court ruled on Thursday that Rev Prof Paul Emeka remains the authentic General Superintendent of Church.

It declared null and void, the purported meeting held on March 6 presided over by the retired General Superintendent of the Church, Rev Charles Osueke where he (Emeka) was allegedly suspended from office, even as it ordered those occupying offices illegally on account of the suspension to vacate without further delay.

Ruling in a suit brought by Emeka over the breach of his fundamental human rights, the Court presided over by Justice Anthony Onovo, held that he was never removed as the General Superintendent of the church, stressing that the meeting that took the decision was illegal as it was convoked without regard to the constitution of the church or law.

The Judge also frowned seriously over the refusal of a faction of the church led by the Assistant Superintendent, Rev Chidi Okoroafor to an injunction of the court on the matter of March 8 this year where it had ordered a return to status quo pending the determination of the matter.

On March 6, this year, a meeting by a group of members of the church called Ambassadors of the Kingdom presided over by the retired General Superintendent of the Church; Osueke had met and suspended Rev Emeka from office for alleged corruption and embezzlement.

It went further to appoint Okoroafor the acting General Superintendent and advised branches of the church nationwide to severe dealings with Paul and disallow him from using their pulpits anywhere to preach the gospel.

They further accused him of taking the church to court contrary to the stipulations of the church’s constitution.

Perturbed by the development, Emeka had on March 8 rushed to the Enugu High Court, where he filed a suit challenging the action of the group and order for return of status quo ante.

He had described the group as a breach of his fundamental rights to worship and fair hearing, stressing that the meeting where the action was held was unconstitutional as it did not follow laid down rules.

He further sought an order of court declaring every appointment made by the group as illegal as well as the restoration of his rights as the General Superintendent of the Church.

The way about of Chidi Okoroafor is not known as he is believed to be hiding in shame.