According to the report, he sat on a chair while preaching and congregants thought it was part of the sermon.

When he finally fell to the ground, the church members clapped hands, thinking it was still an act. They thought he’d get up, but the reverend was no more.

Several Christians in South Africa believe that he was called home right on his duty post and is believed to have entered a blissful eternity but we are yet to hear what medical science has to say about this.
However, the family of the late cleric has called on people circulating the video of his last message on pulpit to stop as watching such videos has not helped the family recover from the shocking death of their beloved father and brother.

Field commander, pastor James Maina  NG’ANG’A has declared  that single mothers will not be allowed to fellowship in his church anymore.

NG’ANG’A made it clear that henceforth, only couples married and wedded legally will have an opportunity to pray at his church and receive God’s blessings through him

He stated a number of challenges single mothers pose to the church members, arguing that he will bring it to an end.

Banning then from the church would offer a permanent solution to the differences that had begun ballooning.

The controversial pastor also took a detour and expressed his gratitude for quick recovery wishes from people who had sympathized with his previous condition.

He said his church is committed to serving the lord and transforming lives and that anybody who becomes an obstacle will be instantly excommunicated.

He further explained that single mothers have proved difficult to educate on responsible behavior and many are overwhelmed with evil desires.

According to him, majority of the single mothers come to church in search of potential husbands and boyfriends.

NG’ANG’A said that these behaviors  are in contravention of the church manual and as such the perpetrators must be punished accordingly. 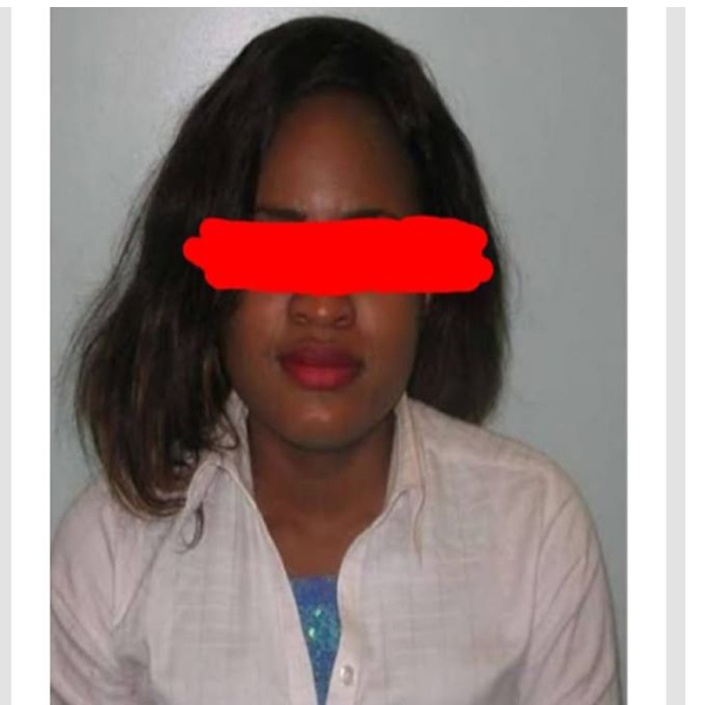 A lady identified as Ijeoma was arrested on Friday the 10th of January by IMO state police command for using her menstrual period to prepare food for her boyfriend. She denied the fact but when interrogated she confessed to have used it for 7 months so that her boyfriend won’t leave her.

“I met Ijeoma 3 years ago. She was perfect but suddenly she started cheating on me and she engages in prostitution. Sometimes she would lie to me that she is traveling to her village but ends up in a Hotel with a man. One day I followed her and caught her in a Hotel with an old man but after begging me I forgave her because I love her so much. Most times my friends tell me to leave her but I can’t. I don’t know why. Just on Friday we had quarrel and fought, after the quarrel I overheard her speaking to someone on the phone about the quantity of the menstrual period she would use to prepare food for me. I heard everything that’s why I reported her to the police”

She denied the claims by her boyfriend Mr. Kingsley but when interrogated by the IPO she admitted to have used it for 7 months.

” I don’t use juju, I don’t know any native doctor. I love my boyfriend so much so I don’t want him to leave me.

A friend of mine told me that if I use my menses to prepare food for my boyfriend he would fall in love with me forever. I have done it for 7 months and it was working well. Please officer it’s not to kill him but to make him love me more.”

When asked if she engages in prostitution, she said;

” I do it once in a while. I use the money to train my two brothers at the university. I didn’t want to bother my boyfriend about their education so I engage in prostitution to train them”

“We are still investigating into the matter and if her boyfriend wishes to charge her to court, we would give our appropriate support as demanded by the constitution of the Federal Republic of Nigeria”

She posted pictures of herself and Nino, and also a photo of his football-themed cake with the caption;

“Love my teenage son. God has blessed me with an amazing one.

Self-driven, high performing in sports and academics and with such a matured mind.
Learning to parent with you and understanding the uniqueness of the various stages as you grow in age is just mind blowing.
I love that each growing stage creates such a unique atmosphere for our mum and son bond.

Either I’m being your mom- manager, mom-driver, mom-teacher or mom-barber, I’m just honored that you choose to trust me with your deepest thoughts and visions.

I Love you so much my Fabulous baby Nino, and can’t stop reminiscing on how expressive, loving and curious you were as a baby. I’m sure now as a teen, you will keep growing in wisdom and in stature as i view your future through the lens of Faith.
May the Lord bless and keep you, may He cause His face to Shine on you and give you peace all the days of your life.
Please join me as I wish my first born a HAPPY 14th BIRTHDAY” 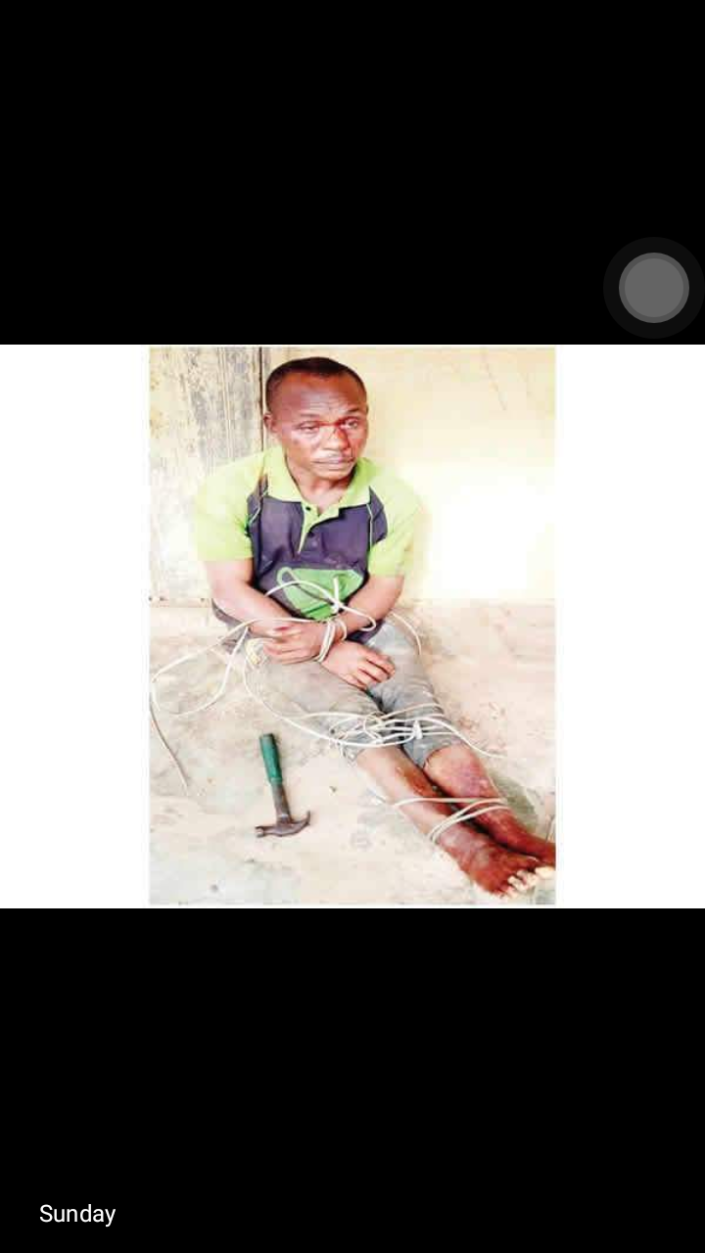 The tragedy occurred in the Ideato Local Government Area of the state as a man identified as Sunday Agwim allegedly killed his mother, Mrs Christiana Agwin.

The police spokesperson in the state, Orlando Ikeokwu, told Southern City News that the man who is 47 years old has been arrested for killing his mother and would be charged to court as soon as investigations are concluded.

Uncertainty as Chief Justice Of Nigeria Storms Out Of supreme court.

The Chief Justice of Nigeria (CJN), Justice Tanko Muhammad has hurriedly retired to his chambers over the congestion in the Supreme Court hall.

Justice Tanko Muhammad, who is presiding over the determination of seven States outstanding governorship appeals complained about the rowdy hall.

Supporters of the governors from, Sokoto, Bauchi, Kano, Adamawa, Imo, Benue, and Plateau states had thronged the court premises before 6:00am on Monday.

At this point the security agencies are finding it difficult to clear the supreme court hall for the judgement.

Girl Commits Suicide,Says Life IS Not Worth Living. 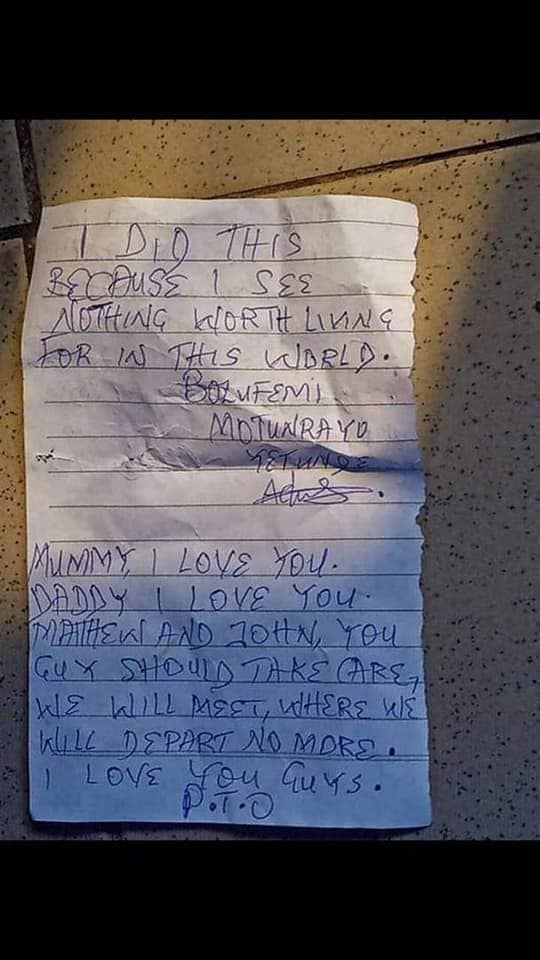 According to the Punch newspaper, the State Police Public Relations Officer has confirmed the incident, describing it as unfortunate.

The actress who went on her Facebook page to announce the renewal of her contract as the brand Ambassador of Sabworld Ventures was full of happiness claiming that the year 2020 came with a lot of success.

Signed and Sealed! Best way to start the new year
Good day sweethearts, I’m excited to let you all know that @sabworldventuresltd Proudly announces the renewal of the Contract with actress christabel Egbenya as their brand Ambassador 2020.

This entry was posted in Uncategorized and tagged Christabel Egbenya, entertainment, News.

The general overseer of Salvation Centre Of All nations, Prophetess Success Oni Onwaeze has died.

Her death occurred after an alleged poisoning by her assistant pastor who’s identity is unknown at the time of filing this news.

A viral chat which is alleged to have originated from her while on her sick bed revealed that she confided in one of her friends who she told of the poisoning by her fellow pastor whose interest was to take over her ministry, and members of her congregation.

However some people are calling for autopsy to ascertain the true cause of her death. 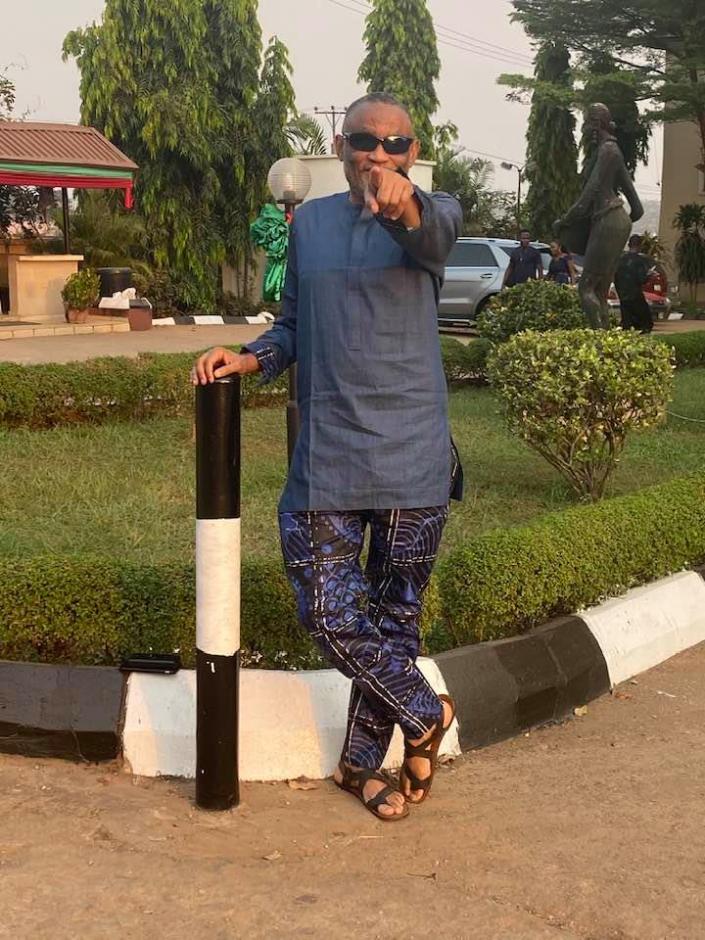 The Nigerian man identified as Mr Francis Van-lare, has announced the winner of his now viral ‘indecent proposal’.
Recall that some weeks ago Mr Francis took to his Facebook page to ask interested married women to participate in his indecent proposal by publicly sending in their pictures on the comment section of his thread.
He wrote: “Will you accept my proposal ? If you are married for less than 10 years and you need some spice in your life and willing to spend a week with me in Venice ITALY this summer and we go on a gondola ride together , breakfast for you in bed every morning , spa and massage , Italian fine wine, dancing , shopping etc.
When you get back , you will be given $2,000 to give to your loving husband to thank him . Please post your best photo here and tell me why you should be chosen for this trip
Mr Francis who later announced a winner, a Pastor’s wife Oluwapelumi Wonder, admonished his followers to think as if there is no box but they will not listen .
He further stated that the husband will be given $2,000 as promised but he must use it to buy a ticket to Venice ITALY and be thought how to spice his wife by his Italian friends who are experts in romance .
It also turns out that Francis actually had planned that the husband will also join her against what the public thought.