A suspected Islamist gunman was holding hostages inside a chocolate shop in Sydney on Monday and appeared to be making demands to negotiators through Facebook, YouTube and local news media. Five hostages managed to flee the scene of the attack, which terror analysts said had all the hallmarks of an ISIS-inspire lone-wolf attack.

Chris Reason, a journalist with NBC News’ Australian partner Channel 7, said the hostage-taker was “forcing them to stand against windows, sometimes two hours at a time.”

As the standoff entered its 13th hour, New South Wales Police Commissioner Andrew Scipione said nobody appeared to have been injured.

“We have the very best negotiators in the world on the job right now,” he told reporters. “Our plan, our only goal tonight is to get those people that are currently caught in that building out of there safely. For those that may be in that building rest assured we are doing all we can to set you free.”

Asked about reports that hostages were being forced to use Facebook and YouTube to pass on the gunman’s demands, Scipione said: “There’s no place on earth that doesn’t have access to social media. Our plans are built around that.”

He said police were in “contact” with the hostage-taker but added “the means by which we’re communicating is something we’d rather keep close to our chest.”

Scipione said reports of bomb threats in other parts of Sydney had been investigated but there not did not appear to be a danger. “We are only at this stage dealing with one location we are not concerned at this stage about any other,” he added.

Africa stands with Sydney in this trying times. Our prayers are with the families and friends of the hostages. Islamic terrorism is an enemy to all. 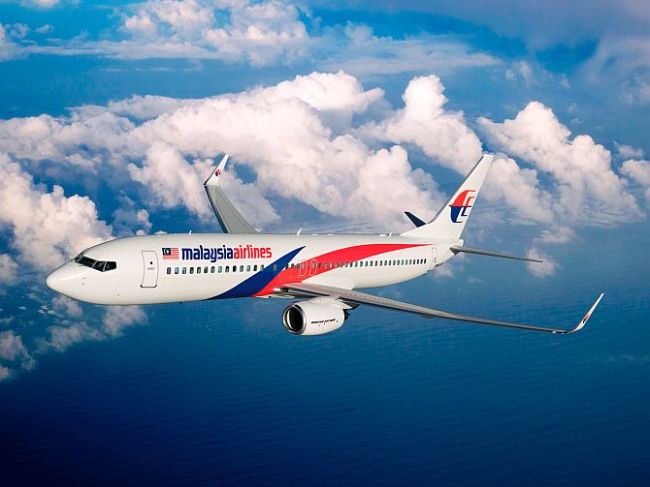 1: The plane could be in Taliban-controlled regions

Investigators looked at a possibility of the plane being flown to Taliban-controlled bases.

According to the report, experts said that the plane’s transponders were deliberately disabled by someone of expertise on board, as the plane continued to give out ‘pings’ or satellite signals despite getting off radar.

Meanwhile, the satellite data pointed that the plane was on one of two possible arcs, one stretching north from Thailand to Kazakhstan and crossing more than 10 countries, and one to the south over Indonesia and out across the southern Indian Ocean.

Large areas of the southern half of Afghanistan are ruled by the Afghan Taliban, while some areas of north-west Pakistan, adjacent to or near to the Afghan border, are controlled by the Pakistani Taliban, the report said.

Malaysian officials said that the search area has been significantly expanded and changed, as they were now looking at large tracts of land, crossing 11 countries as well as deep and remote oceans and have also requested help from a dozen Asian countries and asked them to provide radar data.

Pakistani civil aviation officials said they had checked their radar recordings and found no sign of the missing jet.

Another “red herring” for the investigators was the satellite imagery released by China, which showed “three suspected floating objects” of varying sizes in a 20-kilometre radius, the largest about 24-by-22 metres off the southern tip of Vietnam.

The images, taken a day after the MH370 went off radar by China’s State Administration of Science, Technology and Industry for National Defence, gave coordinates of 105.63 east longitude, 6.7 north latitude, which would put it in waters northeast of where the aircraft took off in Kuala Lumpur, south of Vietnam and close to where the plane lost contact with air traffic control.

Malaysian authorities have, however, rejected the claim. “There is nothing. We went there, there is nothing,” Malaysia’s civil aviation chief Azharuddin Abdul Rahman told reporters in Kuala Lumpur.

New Zealander Mike McKay, who works on the oil rig Songa Mercur off Vung Tau on the south east coast of Vietnam, claimed he saw the ill-fated flight on fire.

In fact, McKay was so sure about what he saw that he mailed his employers, urging them to pass the information onto authorities.

In his email to his employers on March 12, he claims he saw flames in the sky which quickly extinguished.

“From when I first saw the burning (plane) until the flames went out (still at high altitude) was 10-15 seconds. There was no lateral movement, so it was either coming toward our location, stationary, or going away from our location,” he wrote.

Vietnamese officials sent a plane to the area to investigate the man’s claims, but the search was fruitless.

The Wall Street Journal is reporting that US investigators suspect a missing Malaysian jetliner flew on for four hours once it lost contact with air traffic controllers.

The report said, “Aviation investigators and national security officials believe the plane flew for a total of five hours based on data automatically downloaded and sent to the ground from the Boeing Co. BA -0.99% 777’s engines as part of a routine maintenance and monitoring programme.”

“That raises a host of new questions and possibilities about what happened aboard the wide body jet carrying 239 people, which vanished from civilian air-traffic control radar over the weekend, about one hour into a flight to Beijing from Kuala Lumpur.”

The report adds that while Malaysian authorities have refused to comment on the new data, that “the huge uncertainty about where the plane was headed, and why it apparently continued flying so long without working transponders, has raised theories among investigators that the aircraft may have been commandeered for a reason that appears unclear to US authorities” 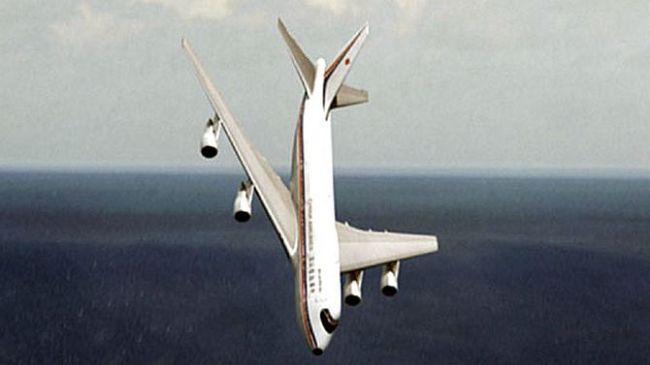 The theory involving terrorists gained momentum after two passengers on board MH370 were found to be travelling on stolen passports.

However, Malaysian police chief Khalid Abu Bakar said investigators had determined that one was a 19-year-old Iranian, Pouria Nourmohammadi Mehrdad who was planning to migrate to Germany.

Interpol identified the second man as a 29-year-old Iranian and released an image of the two boarding a plane at the same time. Interpol Secretary General Ronald K Noble said the two men travelled to Malaysia on their Iranian passports, then apparently switched to their stolen Austrian and Italian documents.

But terror angle has still not been ruled out.

Pilot David Learmount, who is operations and safety editor of Flight Global magazine, said: “Something happened and the pilots did not tell anyone. Why? It’s a good question. It’s extraordinary the pilots failed to call because they had plenty of time to. Unless there was a bomb on board but there has been no evidence of that.”

Other groups, however, have claimed responsibility over the last few days, including an unknown Chinese group. An email was sent to various journalists in China, saying: “You kill one of our clan, we will kill 100 of you as payback.”

But officials in Malaysia have said they believe the group’s claim could be a hoax.

Panic alarms went off when distraught family members heard a dial tone while trying to call their relatives onboard MH370.

Numerous media reports cited instances when phones taken on board the flight were still ringing four days after the plane’s disappearance.

Reports suggest as many as 19 families managed to call phones of their missing loved ones, while the airline itself has got through to some of the missing crew’s handsets.

And even more bizarrely, some social media sites have shown missing passengers as still being ‘online’

But experts are blaming phone networks and carriers for the panic.

“That does not mean the phone you are calling is ringing yet,” wireless analyst Jeff Kagan told NBC News, adding, “”The network is searching for the phone. First based on where it last was, then it expands. Then if the network can’t find the phone, the call terminates.”

Apparently even if the phone in question is in airplane mode — or is off or terminally broken — it may still ring on the caller’s end, despite there technically being no chance of it being connected. 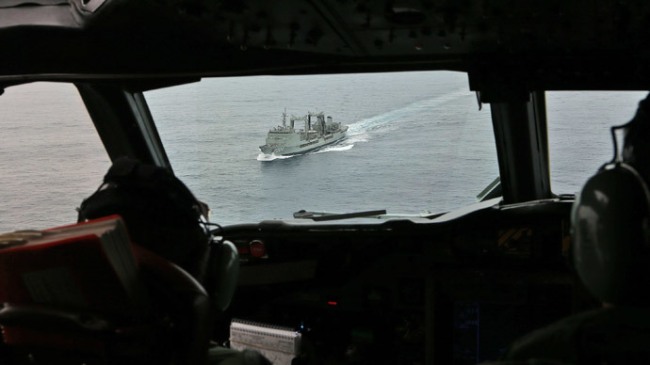 Conspiracy theorists say terrorists could have cut the transponders, dropped below the radar and flown the plane to an isolated airport somewhere in Vietnam — left over from the Vietnam War.

The plane had at least seven hours worth of fuel on board and this theory is supported by the lack of wreckage.

The theory goes further with the possibility the plane could have been ‘cloaked’, technology that uses a hexagonal array of glasslike panels to bend light around an object.

There are suggestions this theory could be linked to the 20 passengers on board who worked for Texas company Freescale.

Citizen news site, Beforeitsnews.com said: “It is conceivable that the Malaysia Airlines Flight MH370 plane is “cloaked,” hiding with hi-tech electronic warfare weaponry that exists and is used. In fact, this type of technology is precisely the expertise of Freescale, which has 20 employees on board the missing flight”.

However, Thomas Way, associate professor of computing science at Villanova University, told FoxNews.com: “Invisible to what? We already have stealth aircraft that are invisible to radar (usually), but there is absolutely no way given our current understanding of physics that something could be made invisible to the naked eye… If that’s what they are claiming, it’s a hoax.”

It has become clear to the world that there is something the government of Malaysia is not telling the world. Conspiracy theorists working with Africa Thisday are already brainstorming on the possible background of Flight MH370; the identity and personality of every member of the crew of MH370; their call logs and possible connection to any terrorist group; the GPS location of the phone numbers of the passengers of MH370.