NEWS AND VIEWS: USING BOKO HARAM’S 2011-STATEMENT IN FIGHTING TERRORISM IN 2014; WHAT THE GOVERNMENT SHOULD HAVE KNOWN. 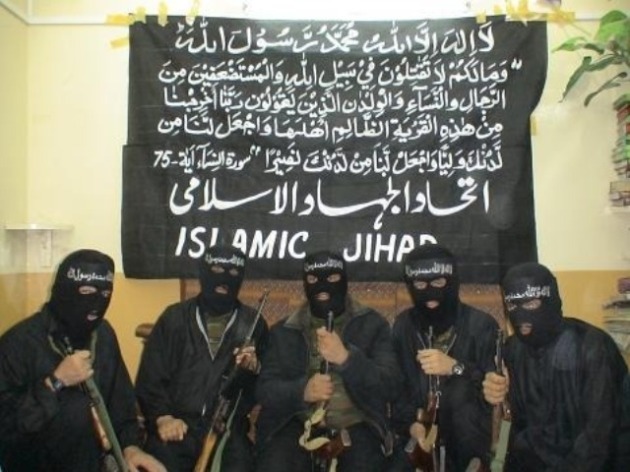 On Saturday, 9th July 2011, Boko Haram published a statement on their blog: (yusufislamicbrothers.blogspot.com). The statement which was titled OUR STRENGTH AND SUPPORT IS FROM THE PEOPLE read as follows:

“THE NIGERIAN STATE AND THE STATE SECURITY SERVICES CAN ONLY BARK BUT CANNOT BITE
LET IT BE KNOWN THAT;
a. WE DO NOT LIVE IN CAMPS
b. WE ARE WELL KNOWN BY THE LOCAL PEOPLE
c. WE ARE SUPPORTED BY THE LOCAL PEOPLE
d. THE LOCALS LOVE US
e. THE LOCALS SUPPORTS US
f. THE LOCALS WILL NEVER BETRAY US BECAUSE THEY BELIEVE IN OUR CAUSE
g. SSS, WE ARE NOT FAR AWAY FROM YOU, IF YOU CAN GET US, COME FOR US
h. WE WILL NOT RELENT UNTIL WE ACHIEVE OUR AIM
i. THE BANNING OF MOTORCYLCES IN MAIDUGURI AND ENVIRONS WILL NOT HINDER OR DETER US
j. DESPITE OBSTRUCTIONS TO OUR SEVERAL OPERATIONS IN KADUNA BY THE SSS,WE ARE STILL DETERMINED TO BE GUEST OF THE BROTHERHOOD MEMBERS IN KADUNA
k. WE HAVE PROVEN OUR RESOLVE BY OUR TWO RECENT ATTACKS OF POLICE STATIONS IN BAUCHI STATE EARLIER IN THE WEEK
l. WE MAY BE FORCED TO LIBERATE INNOCENT CITIZENS WHO ARE BEING DETAINED AND ALLEGED TO BE OUR MEMBERS, ESPECIALLY THE MEMBER OF THE KADUNA STATE HOUSE OF ASSEMBLY WHO IS UNDER CUSTODY UNDER FALSE ALLEGATION THAT HE IS OUR MEMBER/FINANCIER. A MAN WHO WE DO NOT EVEN SHARE THE SAME RELIGION, BELIEFS AND CULTURE WITH US
MORE ATTACKS ON THE WAY!
MORE ATTACKS ON THE WAY!!
MORE ATTACKS ON THE WAY!!!” (Published by Boko Haram on yusufislamicbrothers.blogspot.com)

Now these are the views of Africa Thisday:

1) Boko Haram made it clear that they do not live in camps. The military action by the Nigerian Government against Boko Haram will never yield positive results as far as the military action is focused on locating and bombarding the camps of the terrorists. These terrorists do not live in camps. They are smarter than that. They mix up with the people. They walk the streets like the common man on the street. This proves why President Goodluck Jonathan’s emergency rule is yielding no result. Here is a strategy: Let the military reduce their presence in the North of Nigeria. Let them engage more intelligence officers than foot soldiers. Reducing their presence from the region will give the terrorists space to operate but under High-Tech Surveillance. The whole of the North should be under 24-hours satellite surveillance and not under 24-hours curfew. By this, it will take a shorter period of time and lower degree of human and material resources to win the war against terrorism in Nigeria. The Nigerian Government should have known this before now, but to save more lives, they should do this before it is too late.

2) Boko Haram’s support is not from some top Nigerian politicians. Their support is from the common man on the street of Borno State. Now you are about to disagree with this point but wait a minute. What help do you think a Nigerian politician will offer to a terrorist group like Boko Haram? Money? NO! If Boko Haram needs money, the weapons are there to rob the banks and even rob rich individuals including the politicians. A man with a gun does not beg. Government Connections? No. The government is their number One enemy and they are smart enough not to play close to the government. Information? Yes! Boko Haram do need information to operate and this can come from anybody ranging from presidential aids to the hawker on the street. Jihadists? Yes. Boko Haram needs people who will sacrifice their lives for their cause and this will come from the masses and not the politicians. Do you not think Nigeria should shift their attention from the politicians and focus on the people who are really supporting the project of Boko Haram? Do you not think that the government’s focus on politicians as sponsors/supporters of Boko Haram is more political than remedial.

3) Did you read Boko Haram say in their statement “we will not relent”? Does that sound like they were joking? Nigerians and the world must realize that Boko Haram is a cause that military force is not enough to quench. This is not just like armed robbery or drug trafficking, this is a jihad. It has to do with what an individual believes. The Jihadists life is connected to his belief. The more you attack them, the more they attack you. Africa Thisday recently conducted a research and came to a conclusion that the military action against Boko Haram has resulted in the death of more innocent civilians than the death or arrest of the insurgents. In every 10 deaths, at least 7 are innocent Nigerians. Till when shall we see the failure of ‘untargetted’ military force in the fight against Boko Haram? How many more innocent Nigerians should be killed before we put our brains to work more than we use our guns? Terrorism is the most organised crime in the world. It operates with the highest level of criminal intelligence and must be met with the highest level of sophisticated military intelligence and not just sophisticated weapons.