THE END JUSTIFIES THE MEANS with our columnist – ZAMAR MBATHA 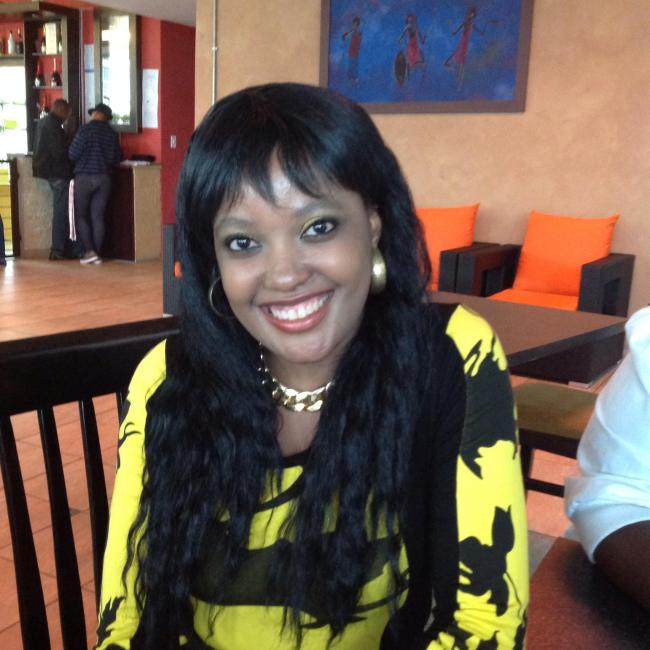 Does it really??? Or is this the grand deception at work in the end time church. For in our great zeal to reach the lost of our generation we have created formulas and programmes more attractive than the world…though this way seems right to us I fear the end thereof could be destruction. Will we end up where we first intended to go if the route is irrelevant as long as we get there… truly this is a concern of mine…I myself have often said indeed be all things to all man but- to what extent…without short-changing people of the true power of the gospel of Jesus Christ, of salvation by grace, healing and deliverance…..that should be where we should draw the line. We shouldn’t have to dress up the word of God and make it sensual to appeal to the emotions and flesh as long as we win people to Christ, that is how satan operates. This decision should still be spiritual and not mind manipulated…lest we ourselves end up giving people a foreign doctrine and preach a different Jesus to the one the apostles preached to us…
In a quest to keep up with the world to reach the lost in it we should guard against being conformed into it….there are fads in the world-there are fads in the church…there is slang in the world you supposedly cannot be comprehended without…there are buzz words in the church which confirm the level of your spirituality and very few of them come directly from the bible and add in puffing ourselves up…it’s like we are creating a Christian substitute for whatever the world has in store and ‘resultantly’ we mirror the world when it should mirror the church. May it not be said of church ‘ Don’t worry you won’t miss the world much if you go to church it’s just like the world in the guise of holiness’…it brings into remembrance- having the form of godliness but lacking the power thereof.

So we must question when preaching, and teachings occur is it for the feeding of the sheep or the amusing of goats—sheep eat specifics while goats will engulf anything that is vegetation as long as they fill their belly. The more severe question I asked myself is how was I saved? Was it the word that enticed me or the programme and the tea and scones promised afterwards? And what is keeping me in the Lord? If no more books or fads were created would the word be sufficient to sustain my ravenous appetite, if not to what had I acquired taste? To the word of God in its authentic form or whatever the buzz was in Christian circles? Lord forbid if it were the latter.

I heard rumour they want to create angel boards to substitute ouiji boards…they will serve as the Christian version of communicating with the ‘good’ spirits.
…Why? have Christians started loosing the ability to hear from God? We come to him through Christ, maybe all these substitutes eventually make us loose sight of Christ-all these substitutes make us gain the world and loose Jesus…

There’s always a new programme that you simply must do…the conference you just have to attend lest you miss the anointing- (I thought God was omnipresent he anoints whomever he chooses he would send a Samuel your way like he did David is he limited in his reach that you now have to chase the second hand anointing on man?)…the book you just absolutely have to read …the sequel that is more than equal…then when all its said and done we are like its all about u Lord! Would the words filthy rags apply? May he who searches hearts not find us wanting… is it really about him? or do we get to a place where we too make ‘gurus’ of men of God waiting for the next book they release the next cd programme to take us to the next level, is it in God that we graduate or our deception are we growing from glory to glory or breaking chakra to chakra in our man made exploits and programmes?…

Like fashion the first programme is dropped when the next sequel which is more than equal comes out. Are we making shamans out of the prophets that we would not even test the spirit behind their words in these ages because what is said is pleasing to our ears…Does Jesus not ask us to test the spirits? When we see signs and wonders does that excite us more than the word of God? Oh wicked generation that seeks after a sign: may that not apply to us in Jesus name. Undeniably God is a wonder-working God but salvation is about more than that, it is about taking ones cross and following Jesus first and foremost, seeking his kingdom first, being obsessed with making heaven than playing church.
How many man made sequels will it take? Is it a trilogy? A never-ending story or plain old me-o logy which cries to be fed for eternity??
Does the unedited, word of God excite us as much or do the literature, programmes ‘blah blah’ that ‘accompany’ the word become the main event…have we made a main course of a side dish and chosen dessert over dinner its sweeter but is it healthier….only a child would make this choice.
The world is seasoned so we spice up the word to the acquired taste of the Lost with our programmes may they not come for the spice and miss the meal God has laid before them and ourselves in the word, may searching unedited scripture be the main event at every gathering.
Let’s have watches with God like Jesus did, real personal relationship with him not swayed by every wind of doctrine, having his word etched on our hearts not because it is popular but because we daily die to self as instructed…
To etch and imprint the word you have got to search it for yourself that goes beyond receiving from the pulpit which is inactive to researching which involves study of the word of God with a fine comb of zeal for his truth.
May God lead us to all understanding in Jesus name for our folly is forever before us his folly is wiser than the wisdom of man.

God bless all who read this in Jesus name
Jesus is Lord forever
Your sister in Christ
Zamar Mbatha
South Africa
zamar@africathisday.com

This entry was posted in Contemporary news and tagged Christianity, Religion, Zamar Mbatha.