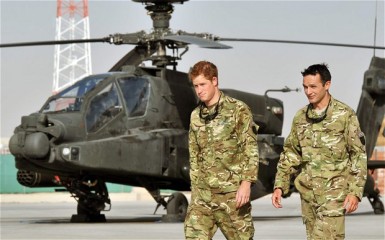 There were indications yesterday that the 230 female students abducted by Boko Haram terrorists from the Government Girls’ Secondary School, GGSS, Chibok, Borno State, have been sited at the Sambisa Forest in Borno State, by the Special Forces of the United States Marines.

This was even as more US military officials arrived Nigeria yesterday to join local officials in the search for nearly 300 school girls taken captives by the Islamist extremist group, Boko Haram, the US Secretary of State John Kerry, and the defence department, Pentagon, said.
The UK team had earlier arrived in Abuja to support Nigerian government in its response to the abduction of over 200 school girls.
The US Secretary of State, John Kerry said the US team, working with the Nigerian government, would do everything possible to free the girls and everything possible to stop the atrocities of Boko Haram.

Africa Thisday learnt that the American Military Team to Nigeria is comprised of just Seven (7) officers.

This entry was posted in Uncategorized and tagged Boko Haram, Bring back our girls, Chibok girls, John Kerry.

It will be of great joy and relief to all patroitic Nigerians if these innocent school girls are freed frm d wicked,barbaric group. May God almighty use these external troop to deliver our great nation. Thank u